“I loathe the Cult of Trump!” sniffs Father Dwight.
He pitches his distaste as rooted in
Distrust of demagogues. The inner light
Is guiding him, you see, past snares of sin
Toward wisdom. Does the Donald want to win?
Angelic Dwight looks down on such ambition—
And on Trump’s hair, and on his pumpkin grin.
Dwight’s sneer reveals he has a higher mission.
Or maybe it’s a crock, this sly position
That Dwight assumes, a fit of posturing
Rooted in pride, requiring keen contrition.
Who hates the king? The priest who would be king.
Your heart is filled with loathing, eh? Tough luck—
For really, Father Dwight, who gives a fuck? 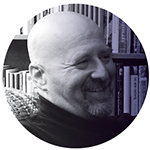