It Ain’t about Christmas

It Ain’t about Christmas

“The Raven” ain’t no Christmas narrative.
It is set in the bleak December, though.
Trapped in a world that he cannot forgive,
The Speaker lets his self-destruction grow
By asking questions that he ought to know
Will twist him into shapes of hopelessness.
The Raven’s simple answers, there for show,
Are, as the reader learns, not hard to guess.
Guy wants to hear his dark guest croaking yes.
Instead, it’s “nevermore” and “nevermore.”
Predictably, our man ends up a mess.
The Raven hangs around above the door.
Mournful remembrance, folks: that’s where it’s at.
Ha! Have a Happy New Year after that!

Out of All the Alternatives

Out of All the Alternatives

“Do your worst!” said my foe, undistressed.
(My misgivings I’d briefly confessed.)
Now my aging eyes misted—
But, alas, double-fisted,
I decided my worst would be best.

His giant brain
contained more nonsense than any
normal one could.

Surging in the Polls

Surging in the Polls

Mayor Pete is ascending. A mass
Of adherents support him. High-class,
He is also sincere.
Democrats, it is clear,
Really want to be screwed up the ass.

Knew he’d lose
When the pawn said: “Move
Me! Move me!”

A Jury of Somebody’s Peers

Diplomats are agreed: Trump must go!
Because they are the ones in the know,
They must make policy.
President? Hey, who’s he?
He is groupthink’s unspeakable foe. 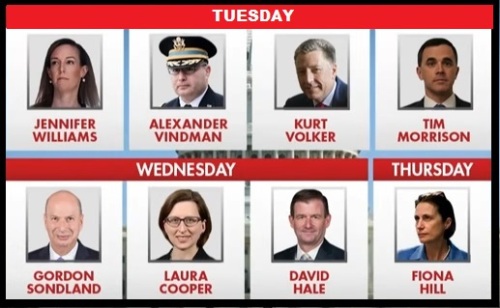 Happy campers think Francis is swell.
No, you can’t say they’re under a spell.
What they truly adore
They embrace like a whore.
They’ll be happily camping in Hell.