The ridiculous walrus mustache,
The demeanor that threatens a crash:
These define the vile freak.
Hey, he’s far from unique!
And his empire will soon be mere ash.

Trump did not want to wage four world wars.
Bellowed John Bolton: “No one ignores
My insane urge to fight!
I’ll get even, all right!”
He got help from some media whores.

Bolton claims that Trump isn’t all there—
That of Finland he isn’t aware
As a state of its own.
Bolton, though, hasn’t known
A mustache from extreme pubic hair. 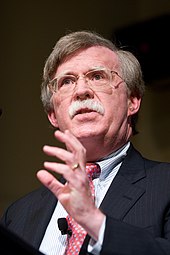 (N.B. Bolton claims Trump doesn’t know Finland from Russia – an implausible claim, given that Trump ran the Miss Universe pageant, and that Miss Finland once charged that Trump grabbed her excellent ass.)

Another book of shocking revelations—
This one from John, who always wanted war.
No longer are there any innovations
In Anti-Trump-Land. From the same old store
Of flat clichés, the latest has-been whore
Bodies forth stuff to feed the generator
Of media resistance. More and more,
We feel we’ve heard it and will hear it later.
Yes, every traitor whines that Trump’s a traitor,
And every bonehead shrieks that Trump’s a fool.
The crowd hates Trump – because, well, Trump’s a hater!
Decrying Trump is terminally cool.
With publication let us go ahead.
Goo goo g’joob. Paul wasn’t really dead.